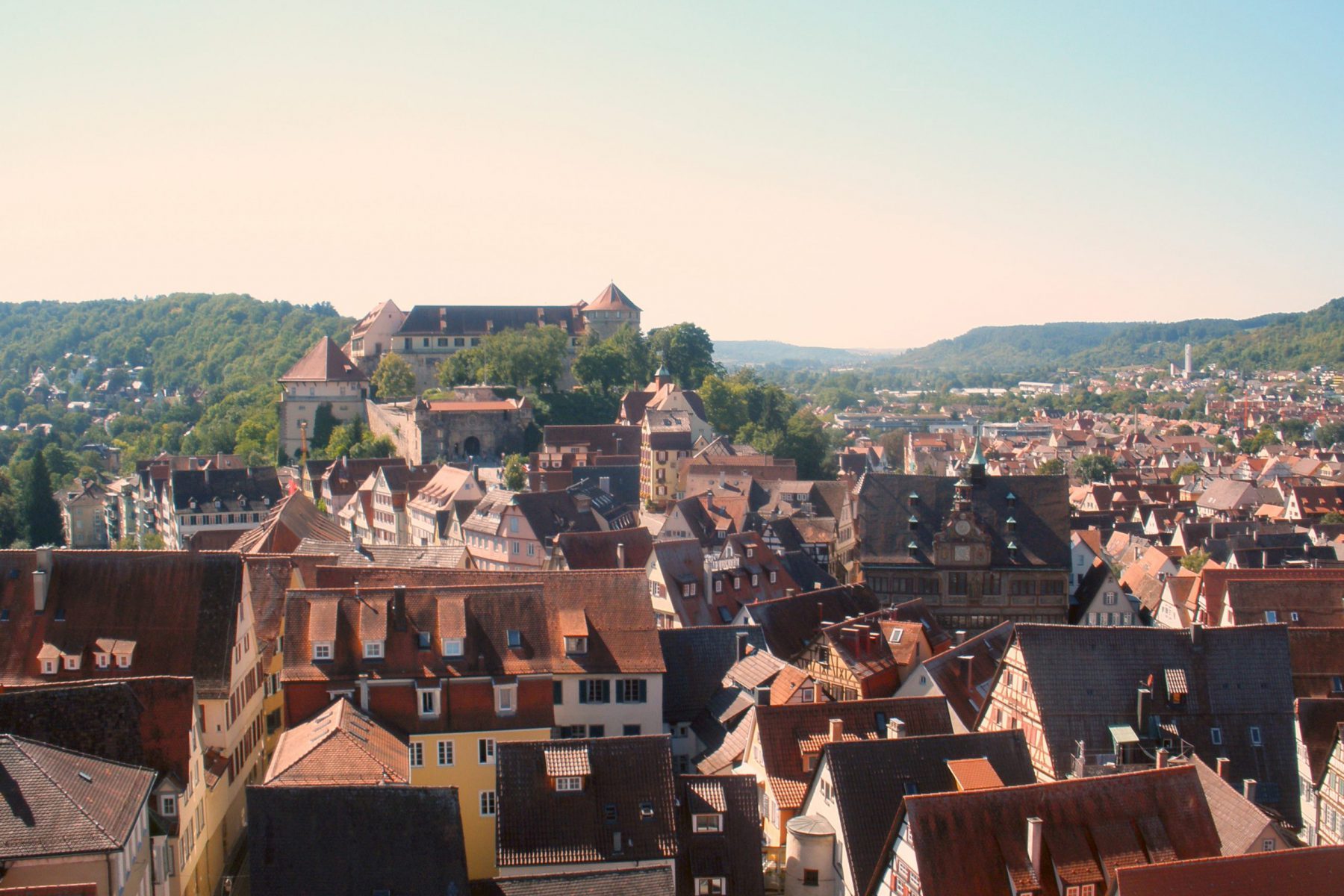 As you already know, the Rhetoric in Society 8 Conference as a whole has been postponed to 2023. Nevertheless, we wanted to give members and participants at least some possibilities to meet, chat, exchange ideas and discuss the current state of the art. The gathering was hosted on Zoom by the conference team at Tübingen University, Germany.

Program of the Virtual Gathering 2021

Panel 1: “The Rhetoric of the Coronavirus” and the Strategic Construction of Legitimacy. First Addresses of Western Leaders to the Nation

Panel 2: Pandemics and Rhetoric. Perspectives on Strategic Rhetoric from the Athenian Plague 430 BC to COVID-19 2020 AD.

After a virtual yet warm welcome to the Rhetoric Society of Europe’s Virtual Gathering lead by Tübingen University team—Anne Ulrich, Dietmar Till, Olaf Kramer, and Viktorija Romascenko—the renown twin sisters Sonja K. and Karen A. Foss started the first day with an inspiring and entertaining keynote speech. They have suggested not less than a new paradigm of rhetorical communication and steered the focus on symbolic use instead of the external exigencies of a rhetorical situation. Spiked with vivid examples, the speech by Foss and Foss outlined the constricted potential for change as observed by the speakers in a paradigm that focusses on external conditions. Conversely, they then identified reframing, appreciation and enactment as key strategies within a new paradigm that is centred around constructed potentials for change. We want to thank Sonja and Karen Foss very much for the stimulating keynote speech and the much-appreciated chance to discuss the ideas afterwards.

Panel 1: The Rhetoric of the Coronavirus

Moderated by Anne Ulrich, the first panel discussed the rhetoric of the coronavirus and the strategic construction of legitimacy that western leaders demonstrated in their speeches to their respective nations. As individual rhetorical analyses showed, this strategic construction of legitimacy is linked to cultural, circumstantial and individual factors. The speech of Ruth Amossy provided an overview of the rhetoric of consensus, exemplified by different European leaders and the Prime minister of Israel. Amossy argued that the rhetoric of the coronavirus can be seen as a rhetoric of consensus and to achieve it some leaders erase strong political antagonisms. This rhetorical strategy shows how the management of the Covid-19 pandemic gets its full efficiency from silencing opponents. In order to exhibit their ethical legitimacy, the leaders show how much they respect values of democracy, but at the same time make it clear that there actually is a hierarchy of different democratic and humanistic values. This hierarchy justifies that some actions have to infringe the democratic principles. The utmost value of human life, the protection of the most fragile parts of population and the principle of justice guaranteeing equality in the domains of health and security have to be put above private interests, individual liberty, the freedom of assembly, etc. The leaders also construct an image of the audience being capable of obeying the instructions and create a collective ethos, which is meant to encourage people.

Jürgen Siess analysed the discursive and argumentative strategies the German Chancellor Angela Merkel used in her first Television address, which aired after the federal restrictions were adopted. Although the procedure was perfectly legal, she had to construct the institutional and ethical legitimacy of the restriction and reinforce her own authority for citizens to obey the governments instructions.

Keren Sadoun-Kerber and Stéphane Wahnich focused on the French president Emmanuel Macron. Particularly notable were Macron’s language and models of authority. Under the threat of sanctions, he called for obedience while using passive voice (‘one should not…’), which differed significantly from Merkel’s speech.

Irit Kornblit focused her talk on Belgian Prime Minister Sophie Wilmès’ construction of a collective ethos of unity in her Covid-19 speeches. As the analysis made clear Wilmès rhetoric differed from other leaders. She worked with a Rhetoric of Unity in which the Government/Wilmès worked closely and united with experts, while people had solidarity for each other and empathy for the Government. Wilmès used rational, pragmatic arguments, a pedagogical tone and constructed a heterogenous audience of rational, autonomous individuals in her speeches.

General Assembly
The Society’s General Assembly usually is one of the more routine aspects to each Rhetoric in Society conference. But Kris Rutten, the Society’s President, introduced some exiting news: For one, Rutten introduced a new membership fee system that will allow the Society to plan ahead financially and employ new measures of communication and networking. The Society’s new homepage (www.rhetoricsocietyeurope.eu), which is available as of June 2021, was introduced by Louise Schou Therkildsen and Esben Bjerggaard Nielsen. As for the Assembly’s more ordinary business – the Executive Board was unanimously re-elected by the around 35 listeners present.

Panel 2: Pandemics and Rhetoric
Moderated by Olaf Kramer, the second panel on the topic of “Pandemics and Rhetoric” offered a wide variety of approaches that are compelling for rhetorical research on (pandemic) crisis communication. Starting with a presentation on the Athenian Plague by Janne Lindqvist, Thucydides’ reconstructions were used to claim that especially in times of crisis, it’s the speaker that is in focus, not the topic of the speech. This becomes especially difficult when there is a general lack of trust in the authority, as can be seen in the case of the Swedish Health Board members during the Spanish flu pandemic in the early 20th century, as made evident by Otto Fischer. Yet it’s not only scientific advice, that people expect from the authority, but emotional guidance and comfort. The Swedish Authorities struggled with that fact and used the emotional impact of ritual memorial speeches to manage the emotional crisis, as Jon Viklund emphasised. Another example for emotional guidance was the face mask, as Mats Rosengren explained: In terms of its virological benefit, the obligation for wearing a face mask in public has not been proven, but as the mask creates an awareness of the urgency, it became an obvious symbol for taking personal responsibility for containing the pandemic crisis. Louise Schou Therkildsen showed some parallels between the ongoing climate crisis, the corona pandemic and the “Black Lives Matter” movement.

“Rhetoric as Strategic Thinking” was the topic of the final panel, which will also be the topic of the conference in 2023. The panel was moderated by Dietmar Till and the speakers gave talks about the dimensions of rhetoric in the context of strategic thinking. Alexander Fischer presented a philosophical approach towards the communicative behaviour of manipulation whereby he dared to reframe the negatively connotated term of manipulation. He argued that manipulation is a common and legitimate tactic or strategy that functions below a certain rationality threshold. Michael Hoppmann asked the question of “How can we reasonably reconstruct what we have heard?” Referring to the well-known polemics surrounding Tucker Carlson and Boris Palmer he demonstrated how difficult it is to keep our own views and prejudices out of the interpretation of a communicative act.

Manfred Kraus tackled the martial imagery found throughout the rhetorical theory. He then asked why and how this imagery was adopted, what the effects and consequences of it are, whether we should abandon it and if there are alternatives to this imagery. Sine N. Just and Marcus Lantz looked at strategy as an introspective practice, then argued how strategy works in the discourse and finally they made the transition to the rhetorical use of strategies. Their presentation aimed at identifying similarities and differences between the fields of strategy and rhetoric. The final speakers Rudi Palmieri and Andrea Rocci took a closer look at the implications and dimensions of strategy. They argued among other things, that a strategy unites three aspects: persuasion, a long-term goal, and the context. The numerous questions and ideas that that have risen during the subsequent discussion will have the opportunity to be addressed in detail during the 2023 conference.